Posted on February 2, 2015 By janapetkenauthor 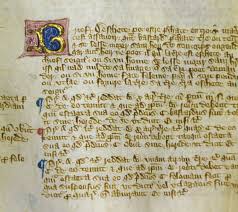 800 years ago, King John of England was badgered into signing the, Magna Carta, by the English Barons. This historical event took place on the swampy ground of Runnymede, just outside Windsor, near London.

It is said that the king was surrounded by some very angry nobility, who gave him the ultimatum to sign the document or abdicate. King John, who was King Richard, the Lionheart’s younger brother, was a murdering, tyrannical, devious little weasel. He is probably remembered as one of England’s worst Monarchs.

The document was written in Latin and first drafted by the Archbishop of Canterbury to make peace between the unpopular King and a group of rebel barons. It promised the protection of church rights, protection for the barons from illegal imprisonment, access to swift justice, and limitations on feudal payments to the crown. Many of the clauses are about fishing, hunting rights, and other civil rights. But clauses 39 and 40 contain timeless declarations, which have formed the basis of democracy throughout the modern world.

XXIX. NO Freeman shall be taken or imprisoned, or be disseised of his Freehold, or Liberties, or free Customs, or be outlawed, or exiled, or any other wise destroyed; nor will We not pass upon him, nor condemn him, but by lawful judgment of his Peers, or by the law of the land. We will sell to no man, we will not deny or defer to any man either Justice or Right.

This year, the four original copies of the Magna Carta are being displayed in Salisbury Cathedral. They are 4,000 words long and penned in sheepskin parchments, a reminder of the foundation and rule of law of British democracy.

← Oh yes, it’s true!
Secrets with The Guardian: An Interview with Jana Petken →